2 out of 5
Paseo Campo Volantin 1, Bilbao, Pais Vasco, 48007
Stay at this business-friendly hotel in Bilbao. Enjoy free WiFi, breakfast, and onsite parking. Our guests praise the breakfast and the helpful staff in our ...
4/5 Very Good! (1 review)
"The location was excellent. Would recommend though more choices at breakfast with the rate they charge for it I expected more choices."

2 out of 5
Calle Maria Muñoz nº6, Bilbao, Vizcaya, 48005
The price is $75 per night from Jul 17 to Jul 18$75
per night
Jul 17 - Jul 18
Stay at this business-friendly pension in Bilbao. Enjoy free WiFi, breakfast, and room service. Our guests praise the helpful staff and the comfy rooms in our ...
4/5 Very Good! (2 reviews)
"Room was very clean and the host was excellent. A little noise late at night since you are right above the tapas bar. No air condition but there was a fan in the room."

2 out of 5
Rekalde Zumarkalea 12-14, Bilbao, 48009
The price is $77 per night from Jul 10 to Jul 11$77
per night
Jul 10 - Jul 11
Stay at this business-friendly hotel in Bilbao. Enjoy free WiFi, room service, and onsite parking. Our guests praise the helpful staff in our reviews. Popular ...
Amari by Pillow
Lowest nightly price found within the past 24 hours based on a 1 night stay for 2 adults. Prices and availability subject to change. Additional terms may apply.

Our Top Bilbao with Airport Shuttles

3 out of 5
Larrauri Kalea, 1, Derio, Vizcaya, 48160
The price is $83 per night from Jul 15 to Jul 16$83
per night
Jul 15 - Jul 16
Stay at this 3-star golf hotel in Derio. Enjoy free WiFi, free parking, and breakfast. Our guests praise the restaurant and the bar in our reviews. Popular attractions ...
Hotel Seminario Bilbao
Lowest nightly price found within the past 24 hours based on a 1 night stay for 2 adults. Prices and availability subject to change. Additional terms may apply.

5 out of 5
Obispo Orueta 2, Bilbao, Vizcaya, 48009
Stay at this 5-star luxury hotel in Bilbao. Enjoy free WiFi, breakfast, and 24-hour room service. Our guests praise the helpful staff in our reviews. Popular ...
5/5 Exceptional! (1 review)
"Proximity to downtown and other venues. Hotel dated but with old time flare"

Get rates
Hotel Lopez de Haro
Lowest nightly price found within the past 24 hours based on a 1 night stay for 2 adults. Prices and availability subject to change. Additional terms may apply.

Travelers say...
"It is across the street from Guggenheim Museum. Breakfast not included."

Travelers say...
"I liked this modern hotel a lot. Clean rooms with excellent air conditioning, and quiet - the location is far enough away that we didn't hear much of the massive festival going on in the old town. That's both a plus and minus - it's far from the city - but they have shuttle buses and we didn't mind ..."

4 out of 5
Gran Via, 87, Bilbao, Vizcaya, 48011
The price is $118 per night from Jul 17 to Jul 18$118
per night
Jul 17 - Jul 18
Stay at this 4-star business-friendly hotel in Bilbao. Enjoy free WiFi, breakfast, and room service. Our guests praise the comfy rooms in our reviews. Popular ...
NH Collection Villa de Bilbao
Lowest nightly price found within the past 24 hours based on a 1 night stay for 2 adults. Prices and availability subject to change. Additional terms may apply.

per person
Aug 23 - Aug 27
Roundtrip flight included
Morelia (MLM) to Bilbao (BIO)
Don't see what you're looking for?
See all available trips from Morelia to Bilbao
View all trips 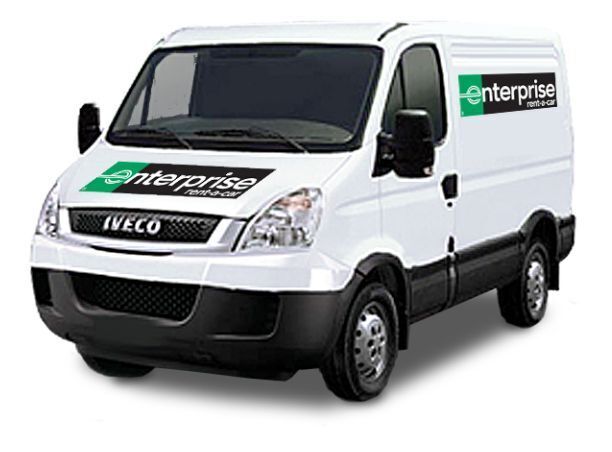 For up-to-date and in-depth information regarding plane travel to Bilbao, visit our Covid-19 Travel Advisor. Everything you need to know about current travel restrictions and quarantine requirements is here in one convenient place.
16 airlines fly into Bilbao, which means you have many options to choose from. Worldly wanderers often recommend:
For more info about changing your flight to Bilbao, please visit our Customer Service Portal.
There’s no possibility of ending up at the wrong airport in Bilbao, as there’s only one operating in the city. Bilbao Airport is approximately 3 mi from all the action downtown.
Whether you want to splurge on accommodations or you just want someplace to use as a base, you’ll find what you’re searching for in Bilbao. With 649 properties listed on Travelocity, you’ll have no trouble catching some Zs after a big day of exciting adventures.Indulge in a touch of luxury at the Abando or the Mercure Bilbao Jardines De Albia. After all, it’s not every day you take a vacation! Doubt you’ll spend much time in your room? Check out budget options like the Iturrienea Ostatua and the Hotel Bilbao Jardines and splash out on amazing experiences instead.If you’re contemplating going to Guggenheim Museum Bilbao, you might like to stay within close proximity. The Gran Hotel Domine Bilbao and the Apartamentos Líbere Bilbao Museo are just a short walk away, so you can be sure you won’t miss out on any of the action!
Nothing beats catching sight of Guggenheim Museum Bilbao for the first time. So, if you’re organizing a trip to Bilbao, be sure to put this unforgettable attraction at the top of your travel list.Serious sightseers ought to check out Santiago Cathedral, and Zubizuri Bridge. Searching for more things to do in this buzzing city? Plaza Moyua, and Bilbao Fine Arts Museum will keep you busy.Find out what matches are on at San Mames Stadium. Seeking some more ideas? To hear the awe-inspring melodies of an opera production at Arriaga Theater is truly an experience that cannot be surpassed. But there’s more. A visit to Bilbao City Hall will provide you with insight into the history and character of this destination.
These are some of the airlines to opt for if you’re looking for a carrier that has strict social distancing policies and COVID-19 measures: Vueling, Iberia and Lufthansa.
Your journey to Bilbao begins as soon as you’ve completed the security checks. Here is a list of hints and tips to ensure you pass through quickly:

For a vacation that gives you the best of Spain, but with a unique twist, take a trip to the Basque Country, located on the Bay of Biscay, right next to the French border. Flights to Bilbao will give you access to this autonomous region in northern Spain that is distinctly Spanish while retaining its own strong identity. You'll fly into Bilbao Airport (BIO), just nine miles north of this city of wonderful contrasts between Spanish and Basque, and the old and the new.

Staying in a hotel near Bilbao Airport is ideal if you want to have access to both the city and the nearby coast, and the traffic around the airport is lighter than in the city itself. There are several major car rental companies with counters at the airport, so getting hold of a ride is easy. If you'll be spending your time exploring the attractions within the city, you can get there by taxi or shuttle. Taxis can be hailed in front of the terminal building, or booked in advance online. There's a regular shuttle that runs every half hour from early morning until late at night, directly to the heart of Bilbao at Federico Moyúa Plaza. One of the highlights of the city is the Guggenheim Museum, a treasure trove of modern art. For older and local pieces, head to the Fine Arts Museum. Ask at your hotel in Bilbao for deals on combined tickets to Bilbao museums and public transport. The Old Town, Casco Viejo, is a showcase of Basque architecture and tradition, and is full of great bars and restaurants. You can't visit Bilbao without sampling some pintxos, small dishes of bread topped with cheese, meat, or seafood.

For a Spanish fiesta with a Basque twist, book Bilbao vacation packages right here on Travelocity. To put your own package together, look for Bilbao flights and hotels—you can save up to $537 when you book both at the same time.

Bilbao Hotels
Find the perfect hotel after your flight
Bilbao Vacation Rentals
Great Deals on alternative accommodations
Bilbao Car Rentals
Affordable cars to get you around town
Bilbao Vacations
Save more by combining flights, hotels and cars
Things to do in Bilbao
Activities, attractions and tours

*Price based on the lowest price found within past 24 hours and based upon one night stay for two adults over the next thirty days. Prices and availability subject to change. Additional terms may apply.